The Future of Military Ethics

Topic – The Future of Military Ethics

“Sir, when are times going to get quiet and normal again?” the Private asked.
“Never son, never,” the General answered.

This conversation took place in Europe shortly after the fall of the Berlin Wall. At that time most West European countries decided not only to downsize their armed forces, but also to give those armed forces new tasks. The relative certainties of the Cold War were replaced by an ever increasing range of new uncertainties.

In the decades which followed, these new tasks included fighting domestic terrorism, for example with serving military personnel highly visible on the streets of Paris, Madrid and Brussels. The new concept of ‘peacebuilding’ emerged from the UN Secretary General’s report An agenda for peace (1992) –  soon to be followed by the controversial concept of ‘Responsibility to Protect’ in the wake of the Kosovo crisis.

One consequence was that future military interventions could be portrayed as moral – a portrayal which stood in contrast with the traditional concept of justifiable self-defence. The idea of ‘humanitarian intervention’ emerged and was little more than an attempt to rewrite Just War Doctrine. A telling detail was that in some of European countries such interventions were financed from the budget for overseas development assistance – not the budget of the Ministry of Defence. International terrorism also became a major force driver, whether as a direct result of attacks such as 9/11 or the emergence of powerful and ruthless groups such as ISIS (Daesh). 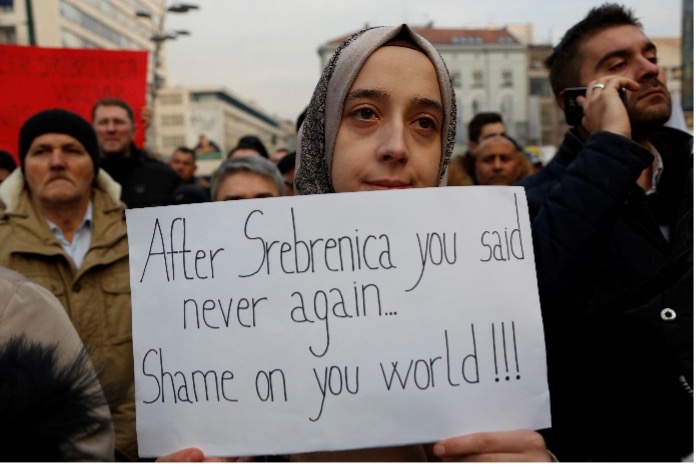 Photo: demonstrators in Serajevo, Bosnia, after the fall of Aleppo, Syria, 14 December 2016. © AP

Thus, the complementary pillars of international law and military ethics were no longer the stable frames of reference they had been. We have entered a period of turbulence, as the following points illustrate:

What is clear is that new ways of waging war are being added to the existing spectrum of conflict. This can prompt one of two responses – either that military ethics as traditionally defined will become decreasingly relevant or that we need to radically change what we understand by military ethics in order to maintain relevance.

We naturally prefer the second of the two options. A world of conflict without ethical boundaries is literally too horrible to contemplate. But how do we keep ethics relevant in these circumstances? How do we continue to move ethics from the realms of philosophy to that of intensely practical application?

At EuroISME’s 12th annual conference in Athens we aim to discuss these fundamental questions. 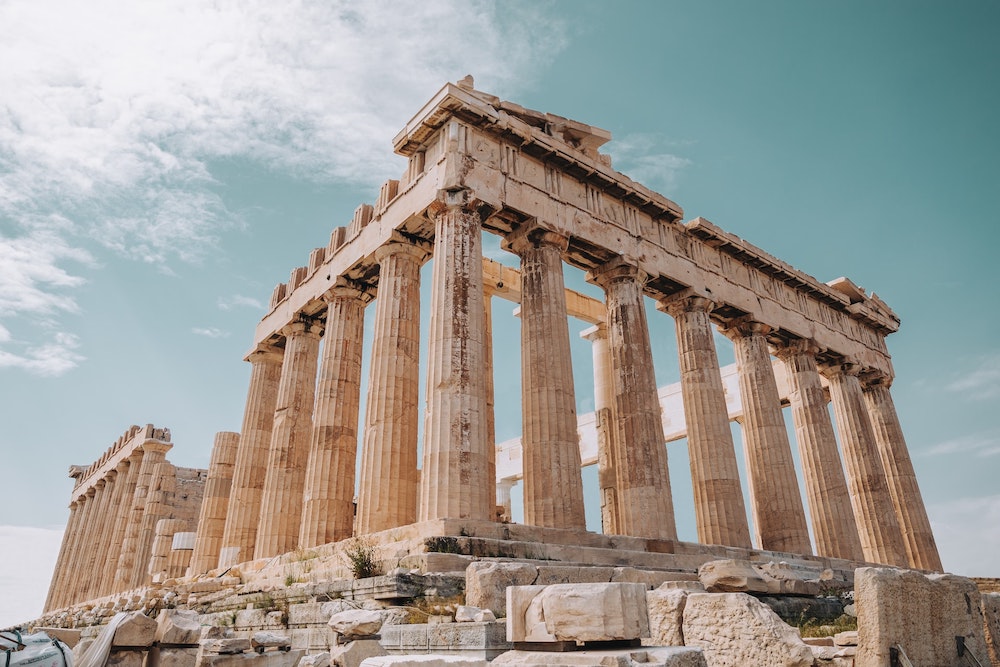 On the eve of the conference, Tuesday May 9th, 2023 we will hold an informal reception for all conference participants and their partners. We aim to have this reception at the Hellenic Armed Forces Officers’ Club in the centre of Athens, with a view of Aristoteles’ Lyceum. The actual conference will begin on Wednesday morning May 10th, and will end on Friday May 12th, around lunch time, at the Hellenic Air Force Academy, on the outskirts of Athens.

Details of the Call for Papers & deadline

All members of EuroISME’s audience are invited to submit a paper on the above-mentioned conference theme. Given the increasing number of submissions which EuroISME receives for its annual conferences, and also given limitations of time & space, our policy for submissions is as follows. The following submissions are welcomed:

All submissions shall be made in the English language, unless specific prior agreement has been made with the chairman of the Programme Committee, Dr. Ted van Baarda prior to the deadline. Upon request, simultaneous translation from the French or German languages can be arranged. All PowerPoint slides must be in English, however.

All submissions shall contain, at the top of the front page: the name, rank and title of the author(s), plus the institution to which they are affiliated, plus contact details. They will also state in which category of submission the author intends to fit.

We do not anticipate remote presentations.

The deadline for submissions is February 1st, 2023; submissions can be sent to Ms. Ivana Gošić at This email address is being protected from spambots. You need JavaScript enabled to view it.

Details on how to register will be announced during the early spring of 2023.

EuroISME has a limited budget available for prospective presenters at our conference, who cannot attend for financial reasons. Details concerning the application for financial assistance can be found here https://euroisme.eu/images/Documents/EuroISME_Criteria_funding_travelcosts.pdf. Applicants shall bear in mind that all applications must be made before the deadline for submissions expires: 1 February 2023. Applicants will be informed of the decision by EuroISME whether the application has been accepted.

Greece is a member of the Schengen Area. Conference participants from outside the Schengen Area who need a formal invitation from EuroISME in order to apply for a visa, are advised to contact Ms. Ivana Gošić. Given the fact that the application for a visa may take time, participants are advised to ask for a formal invitation from EuroISME no later than 5 weeks in advance.

All participants are urged to check the COVID-19 regulations in their country of origin before travelling.

When the dates of the conference draw nearer, all registered conference participants will receive an information package plus joining instructions. This will include information on your transfer from Athens international airport to the city as well as a number of hotels which are suitably close to the Hellenic Air Force Academy. Since there exists no public transport to the Air Force Academy, EuroISME will arrange for shuttle busses from some key hotels.

In anticipation of EuroISME's next annual conference in Athens, the Executive Directors Daniel Beaudoin and Ted van Baarda visited the Hellenic Air Force Academy on June 22, 2022. The met with the Commandant, Maj.Gen. Konstantinos Karamesinis and with the Dean, Professor Petros Kotsiopoulos. With it spacious conference halls, it quickly became clear that the Academy is well-equiped to host a conference like ours.

The meet & greet as well as the ceremonial dinner will take place in the Hellenic Armed Forces Officers Club, in the centre of Athens. From the terrace, one can see Aristoteles' Lyceum, where the grand old man delivered his lectures a long time ago.